Cereal Bar choices for those with Polycystic Ovary Syndrome (PCOS)

Cereal Bar choices for those with Polycystic Ovary Syndrome (PCOS)

Following on from my cereal bars for busy people recommendations, here is the low down for those who need to be mindful of carbohydrate intake whilst also ensuring their snacks can be nourishing and help them top up on protein, fibre and other vitamins and minerals. They’re also allowed to be busy, but carbs and calories need to be noted a little more 🙂

What is Polycystic Ovary Syndrome (PCOS)?

Polycystic Ovary Syndrome (PCOS) is a condition affecting some women. It is a spectrum of symptoms, affecting women in different ways but generally characterised by two out of three of the following:

There can be issues with fertility and symptoms such as excessive hair, thinning hair and problems with the skin. Weight gain can be a problem for some women, which is typically around the middle. This is often associated with insulin resistance.

How does carbohydrate fit in to PCOS?

Controlling carbohydrate intake supports regulated blood glucose levels which is good for those who have insulin resistance. Glucose is designed to go into our cells, where it is used for energy. Insulin has the job of unlocking the cell so to speak, allowing the glucose to enter it. In those who are insulin resistant, the cells are less responsive so more insulin is released to do the same job. High circulating levels of insulin are not conducive to weight loss as it is primarily a storage hormone.

Whilst it can be tempting for those with PCOS to shun carbs all together, they remain a reliable and safe form of energy to fuel our bodies and brains; the trick is eating them in the right way and choosing the types that can give us extra fibre. Increasing fibre in the diet actually helps to lower our risk of heart disease and type 2 diabetes, and unfortunately having PCOS does slightly increase our risk of developing these.

Snacking is a favourite past-time for many of us, if we’re honest sometimes we’re doing it to please our taste buds or because we’re just bored. But snacking, done in the right way can help us to top up on nutrients and prevent drops in blood glucose, which inevitably if left untreated would lead us to much unhealthier choices later on when we’re so hungry we’d eat anything!

Picking suitable snacks when you have PCOS

Keeping the carb load lower on the body when snacking is a useful strategy if you have PCOS, but more importantly it’s about eating that carb with something else such as protein or fibre, as this will slow down how quickly the carb is broken down by the body and how much insulin is subsequently released.

There are plenty of lower carb snacks to choose from, but with cereal bars having such a monopoly over the snack shelves I’d thought I’d start with that. Again thanks to Bath Spa university student Lizi, for her project. Our criteria are:

Here are some top picks: 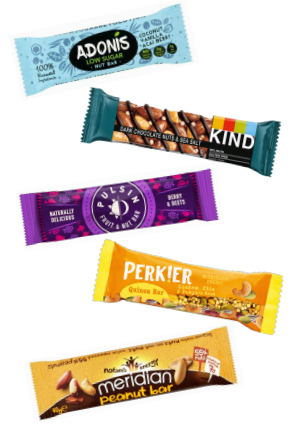 Laura ClarkFebruary 21st, 2020|Tags: good snack choices for PCOS, snacking for PCOS, what to eat if you have PCOS|